Ship Recycling: Bleak end of the Year Ahead

The ship recycling market seems to be rudderless as we head into the end of the year, with few and far apart deals taking place. In its latest weekly report, shipbroker Clarkson Platou Hellas said that “as we enter the season of Advent, it is encouraging to see the arrival of an improved sentiment from India where the domestic steel prices have rebounded this week. This in turn, has brought slightly stronger price indications from this destination with India now offering a better showing than their counterparts in Bangladesh and Pakistan. What many cannot predict, due to the recent volatility, is whether this is a short-term gain or will continue through the festive period into the New Year. What many are saying locally is that there appears to be no rationale to this increase seen and some buyers will most likely adopt a watch and wait attitude to see where the markets lie in the forthcoming weeks. Several more units are now being discussed in the recycling market which could well be Owners attempting to see what the current value is of their aging unit or accepting that these are the new market rates and with surveys/docking due, will sell at the best price available. Whilst the actual sales remain few and far, maybe the lead up to the Christmas holidays will see more tonnage arriving to the recycling shores, particularly in India”.

Meanwhile, in a separate note this week, shipbroker Allied said that “ship recycling market prevailed at stagnant levels for yet another week, with just a handful of transactions appearing in the market during the same time frame. Given this prolonged and persistent momentum, it is also difficult to witness any significant change in the remaining part of the year at least. In the main demo destinations of the Indian Sub-Continent, the problematic dynamics in the market appear fairly stubborn for now, while escaping from this state, has seemingly proven even more challenging as the months go by. 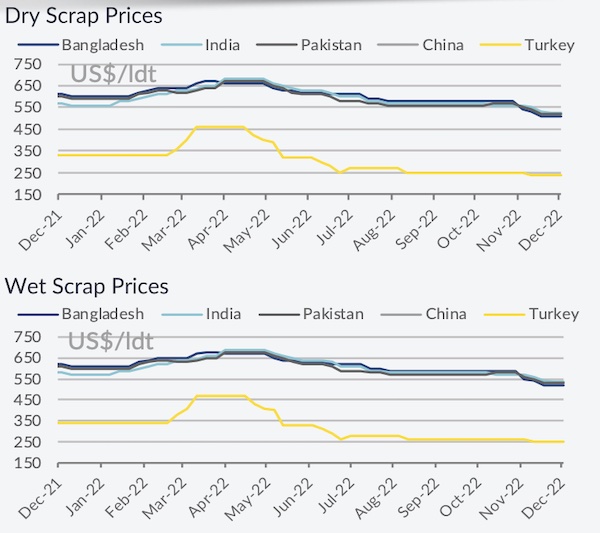 In Bangladesh, the question is situated within the financing difficulties, with local Buyers still appearing unable to compete for any available units. In Pakistan, the scene appears to have many similarities, with the local turmoil as well, having pushed activity on the negative side. On the other hand, the Indian market indicates some slight signs of recovery, that can potential result to a temporary stability being reached, while the lack of any fierce competition has left for ample room to keep their offered prices on the low end for the time being”, Allied said. 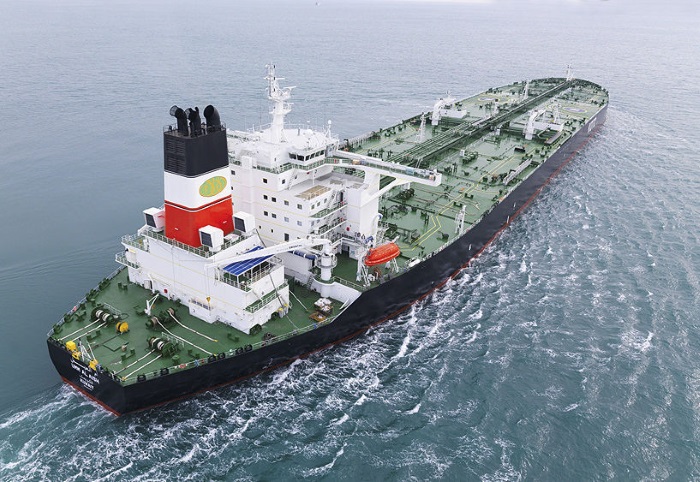 Meanwhile, GMS (www.gmsinc.net), the world’s leading cash buyer of ships said this week that “recycling markets are ambling towards the end of the year without any real impetus, ability, aggression, or even an apparent willingness to engage in discussions to buy, so volatile has the situation been over the last 2 quarters. Prices have of course come off by about USD 200/LDT in the sub-continent markets since the stunning peaks witnessed over USD 700/LDT just earlier this year – for reference, on a standard Capesize Bulker, that is over USD 4 million lost on the residual value alone! Bangladesh still remains largely absent on the buying front with a majority of Buyers unable to get central bank financing to open fresh Letters of Credit. There is also talk of the shortage of U.S.

Dollars in the country easing once the they can agree to an IMF loan, but we are unlikely to see any clarity on this until early next year (at best). As such, Chattogram seems like it would be unavailable for the remainder of this year. After the collapse of the currency and the government, Pakistan has yet to fully find their feet again and most End Buyers are extremely tentative and reticent in their offerings, leaving the market mostly a nonevent. This really leaves only India as a viable sub-continent destination, which itself has endured turbulent times as the currency has once again depreciated into the high Rs. 81 against the U.S. Dollar, while local steel prices gained ground after last week’s volatile plummet, especially after the recent reduction in export duties on steel products. Turkey on the far end remains lost, with levels of its own having plummeted about USD 250/MT and fundamentals still hampering any sort of recovery, amidst a pinching shortage of any tonnage. It is therefore likely to be a bleak and muted end to the year, with some desperately needed stability on currencies, finance limits and steel plate prices, in order to bring nervous end buyers back to the table”.
Nikos Roussanoglou, Hellenic Shipping News Worldwide