EU is Now the Largest Seaborne Importer of LNG

The EU’s share of LNG imports via sea has grown to 24.6% during the ten months of 2022 (January-October), which means it now is the biggest importer globally. In its latest weekly report, shipbroker Banchero Costa said that “global seaborne LNG trade has continued to surge this year, helped also by the disruption to Russian pipelines and increased stockpiling in Western Europe. In the first 10 months of 2022, global loadings of LNG increased by +5.8% y-o-y to 334.7 mln tonnes, based on Refinitiv vessel tracking data. The biggest rise in exports has been from the United States, which recorded a massive +12.0% y-o-y increase in shipments in the first 10 months of this year, to 66.3 mln t. However, perhaps surprisingly, an almost equal performance was seen from Russia, with exports up by +11.3% y-o-y to an all-time record 27.2 mln tonnes in the first 10 months of this year. 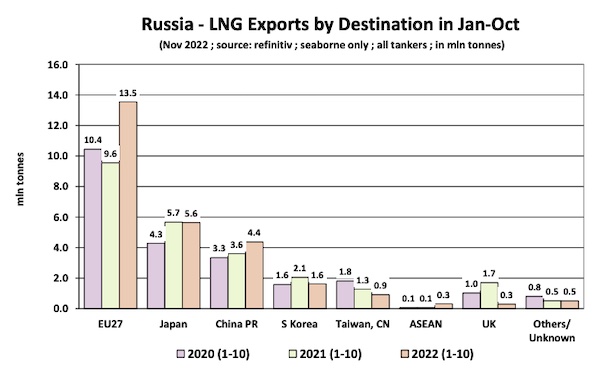 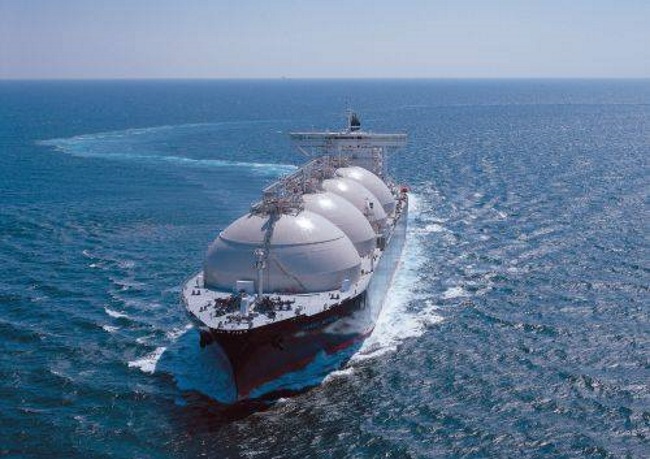 The shipbroker added that “shipments from Russia actually increased further this year, by an impressive +11.3% y-o-y to 27.2 mln tonnes in Jan-Oct 2022. Russia this year recorded the highest growth in volumes of any exporter, second only to the United States. The majority of LNG exports from Russia are currently sourced from the Yamal LNG project, the northernmost industrial facility on the globe, and loaded at Sabetta Port on Russia’s Arctic coast. In Jan-Oct 2022, exports from Yamal LNG reached 17.3 mln tonnes (64% of Russia’s total LNG exports). A second LNG Plant, named Artic LNG 2, with three LNG trains with a capacity of 6.6 mtpa each, is currently under construction with completion date planned for 2022. The second largest operational LNG export facility in Russia is in Prigorodnoye on Sakhalin Island, in the country’s Far East region, from the Sakhalin-2 project. This was the first LNG export facility in Russia. Exports from Sakhalin reached 9.2 mln tonnes of LNG in Jan-Oct 2022, which was 34% of Russia’s total”. 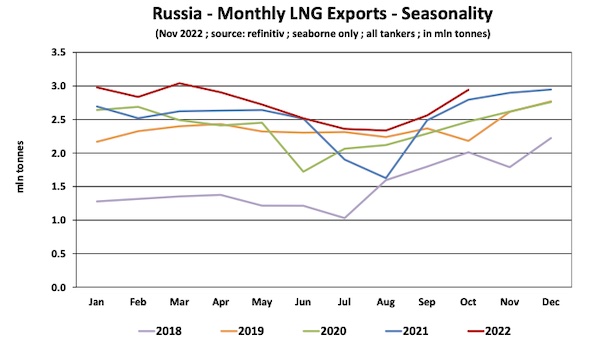