Iraqi Crude Oil Exports to the EU Skyrocketed This Year

Despite the fact that crude oil sea loadings from Iraq are mainly headed towards China and India, the EU has also emerged as a leading destination during the first 11 months of 2022. In its latest weekly report, shipbroker Banchero Costa said that “2022 has turned out to be a very positive year for crude oil trade, despite the surging oil prices and risks of economic recession. In the first 11 months of 2022, global crude oil loadings were up +8.6% yo-y at 1,865.7 mln tonnes, excluding all cabotage trade, according to vessels tracking data from Refinitiv. This was well above the 1,718.3 mln tonnes in Jan-Nov 2021, but slightly below the 1,926.9 mln tonnes in the same period of 2019”. 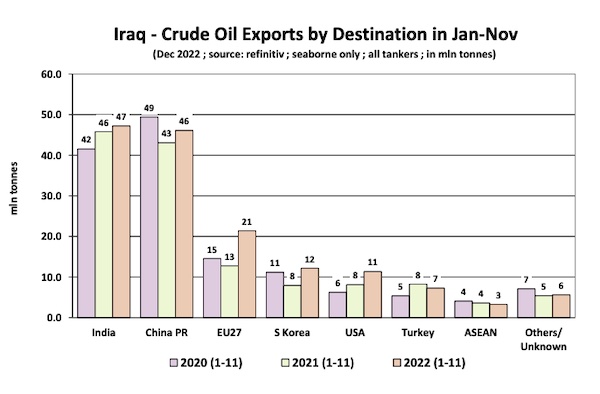 “In terms of demand, seaborne imports into the European Union (27) increased by +12.5% y-o-y to 412.0 mln t in Jan-Nov 2022. Imports to India also surged +11.5% y-o-y to 203.7 mln t in the same period. Imports to China, however, declined by -5.2% y-o-y to 390.5 mln t, the lowest level since 2018. Iraq is the second largest seaborne exporter of crude oil in the Arabian Gulf after Saudi Arabia, the third in the world behind Saudi Arabia and Russia, and still just ahead of the USA. In Jan-Nov 2022, Iraqi ports accounted for 8.3% of global crude oil loadings. This only covers cargoes loading in Basrah (pretty much the only loading port in Iraq), and does not even include the exports which go by pipeline via Turkey, i.e. Kirkuk grade oil from Northern Iraq. About 71 percent of volumes loaded in Basrah are carried in VLCCs, and about 28 percent is loaded in Suezmaxes”, Banchero Costa said. 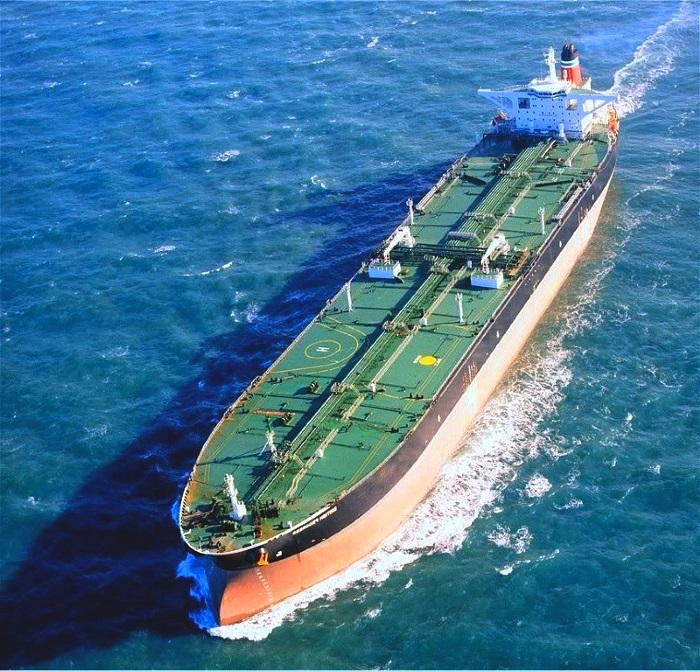 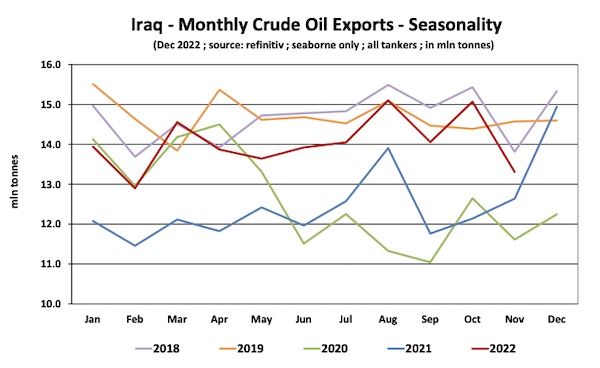