The newbuilding ordering activity has been lower over the course of the past week, as is the case, traditionally, during the Festive period. In its latest weekly report, shipbroker Allied Shipbroking said that “this week showed a considerable decrease in volume for fresh new orders. The last time additions to the orderbook were at lower levels was back in October of this year. With new ordering over the rest of the month likely to remain quiet, this December will probably be one of the slowest when compared to the previous five years. Almost every month from December 2020 through to November 2021 represented the highest number of orders seen for that month over the years 2017 to 2022. The boom in volumes as the pandemic disruption began to ease at the end of 2020 appears to have run its course, with a downward trend in monthly order volumes since this summer. Two years on, deliveries from the aforementioned period are starting to happen, and combined with high newbuilding prices across all sizes, this decline is understandable. Of note, car carriers continued strongly this week with a deal made for an additional 6 vessels and since the start of October around 30 vessels have now been ordered. Chinese builders hold an outsized portion of these contracts, with over 90% of these vessels set to be constructed in China”. 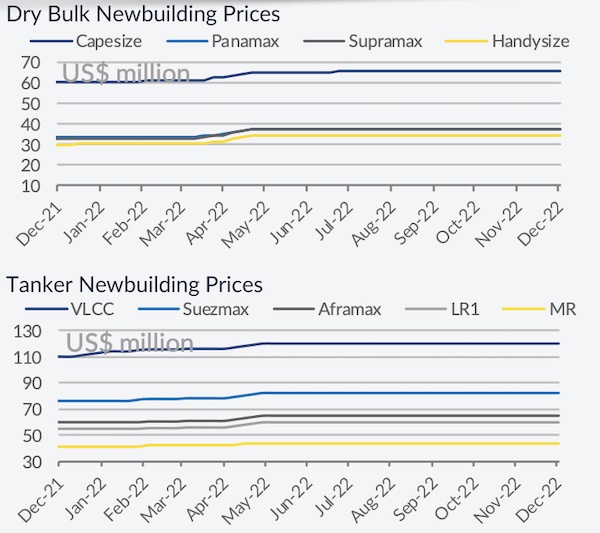 In a separate note this week, shipbroker Banchero Costa said that “with the holidays approaching business was slowing, but not on car carriers. Japanese Owners place order at Xiamen for 6 x 7,500 ceu for delivery beginning 2025 till mid 2026 at $86mln. China Merchant Heavy Industries got order from BYD for 4 x 9,400 ceu at undisclosed levels, deliveries expected during 2025. On tankers, Oceanix Services ordered 2 x VLGC 174,000 cbm at Samsung for delivery Sept/Dec 2025 at undisclosed levels. 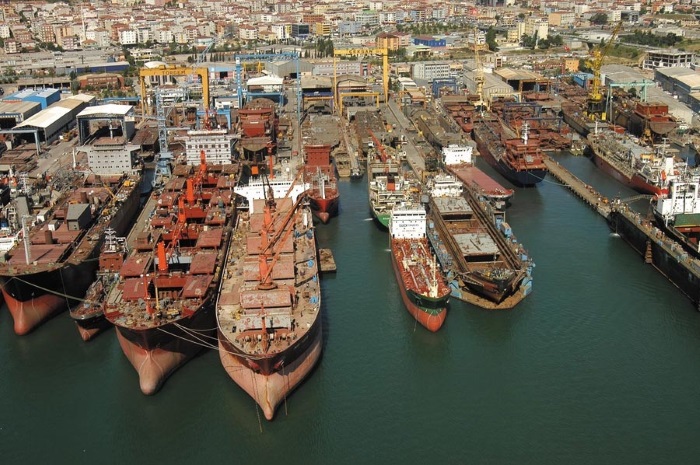 Meanwhile, in the S&P Market, “activity in the dry bulk sector was lesser than the week before, despite a brief recovery in the freight market. Given the bleak economic outlook, bulk carriers are seemingly less sought after by buyers. In the deals posted last week, the main vessels sold were Handies, with only one Capesize changing hands. The vessels sold averaged at 10 years of age, excluding a transaction of a 32 year-old Handymax. The tanker sector clearly had a healthier week than its dry bulk counterpart. Half of the reported transactions were focused in the MR segment this week, supported, in part, by extremely strong earnings which averaged at about US$ 60,000/day last week. The rest of the deals were mostly dominated by the Aframax size, whose earnings also still hold at multi-year highs. Finally, buying appetite was mainly focused on older assets, with the average age of vessels changing hands closing at around 14 years of age”. 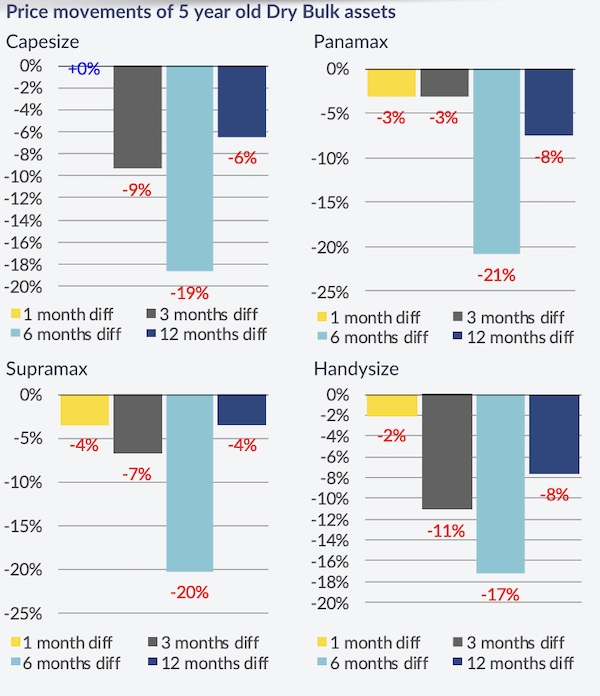 Banchero Costa added that in the dry market it was an “active week in the Capesize segment, where the LOWLANDS SUNRISE 181,000 dwt 2011 Koyo (BWTS fitted) has been reported sold to Greek owner Stealth Maritime for $23.8mln. The Korean sisterships WISDOM OF THE SEA 1 180,000 dwt 2011 Daehan (BWTS fitted) and WISDOM OF THE SEA 2 have been rumoured sold to undisclosed buyers for $40.5mln enbloc. 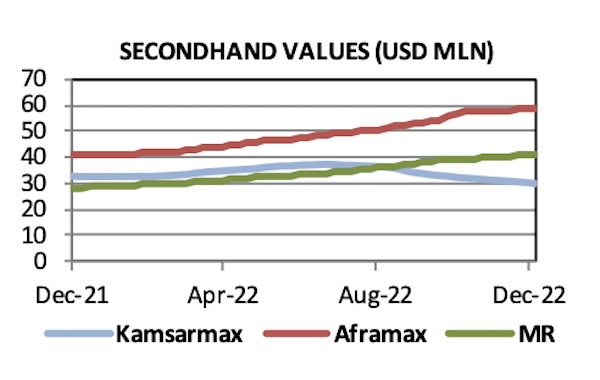