Newbuilding Orders for Chinese-Built Dry Bulk Carriers On the Rise

Newbuilding activity for 2023 has began to pick up the pace, with the main focus, so far, being orders on Chinese shipyards, mainly for dry bulk carriers. In its latest weekly report, shipbroker Allied Shipbroking said that “newbuilding orders over recent weeks have been focused on Chinese shipyards, particularly regarding dry bulk vessels. With Chinese New Year celebrations just around the corner, we might expect a reduction in such deals reported over the next couple of weeks. Already this year, there have been reports of over 10 Ultra/Supramax size vessels being ordered, perhaps as an early indication that 2023 could continue last year’s trend when, for dry bulk carriers, almost twice as many were ordered compared to Panamax vessels, and considerably more than Handysize or Capesize. There have also been reports of another FPSO on order, unsurprising given the current focus on energy imports as a consequence of the European Union’s relationship with Russia and pressures to move towards alternative sources of energy. This year might also see record interest in the LNG sector as more industry players want to be part of the trend”. 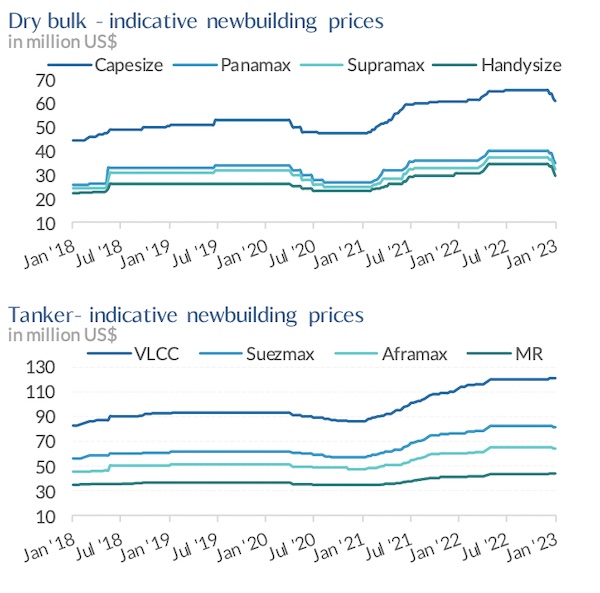 In a separate note this, shipbroker Banchero Costa added that it has been a “slow star of the year with little business to report, at least for conventional sectors. Deliveries slots are booked till 2026 and yards are apparently fairly relaxed to discount to take new orders. The only interesting orders in the dry bulk sector is a domestic order for Ultramax at New Dayang where a quartet of 63,500 dwt was signed at a price of region $31mln for delivery late 2024 and early 2025. 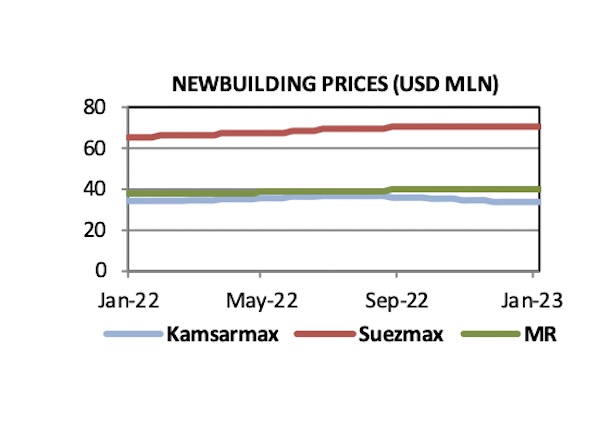 A similar deal was signed by Japanes Owner, Doun Kisen, who ordered 4 x 63,500 dwt Ultramax at Nantong Xiangyu for delivery in 2025, no price emerged. Silent week for tankers, the only info emerged so far this year is the conversion of an old order by Tsakos for 2 x 2800 teu at Hyundai, now switched to 1 x 160,000 dwt Suezmax plus one optional unit. The price reported was in the region of $85mln”. 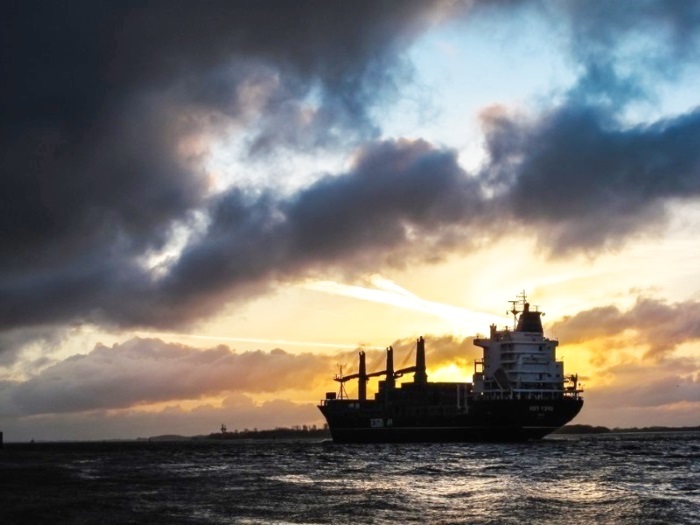 Meanwhile, in the S&P market, Allied noted that “in the last week, the dry bulk sector saw moderate activity, and considerably less than its wet counterpart. Despite a brief recovery, the dry bulk market remains weak and continues to post weak returns in the second week of this year. Panamaxes were the main protagonist with more than half of transactions revolving around this size segment, followed by Supramax. The average age of vessels changing hands was about 11 years of age, a year younger than the week before. In the tanker sector, the SnP activity was significantly higher, reflecting the resurgence of rates after a brief curb. The clear winner of last week’s activity were the MRs, which almost entirely took over the transactions taking place. With the extended trade barrier to clean Russian products looming, the MRs will be the main focus in the near-term”. 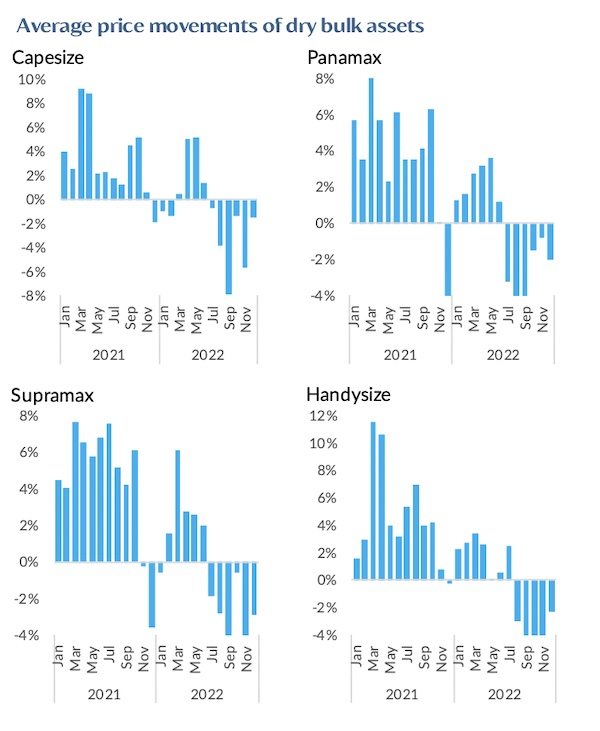