Newbuilding Orders Picking up the Pace

More deals are being reported in the newbuilding market, as ship owners are proceeding with further investments. In its latest weekly report, shipbroker Allied Shipbroking said that “things in the newbuilding pivoted over into a more fervent orbit as of late, given the increased number of fresh deals that came to light during the past few days or so. Finally, we saw some sort of movement in the dry bulk market, that had been in a relatively quiet mood for some time now. Thinking about the current sentiment and overall trend in freight earnings, we can hardly escape from these periodical asymmetries that are noted in terms of new ordering flow. Notwithstanding this, as we approach the closing of the year, some ongoing projects will inevitably surface moving forward. In the tanker sector, activity resumed at a sluggish pace for yet another week. This though, does not necessarily indicate that there are general lack of interest being in place, but rather a more favourable climate towards the SnP market for the time being. In other sectors, we saw the containership market having returned back into action, pushing overall activity at higher levels at this point”. 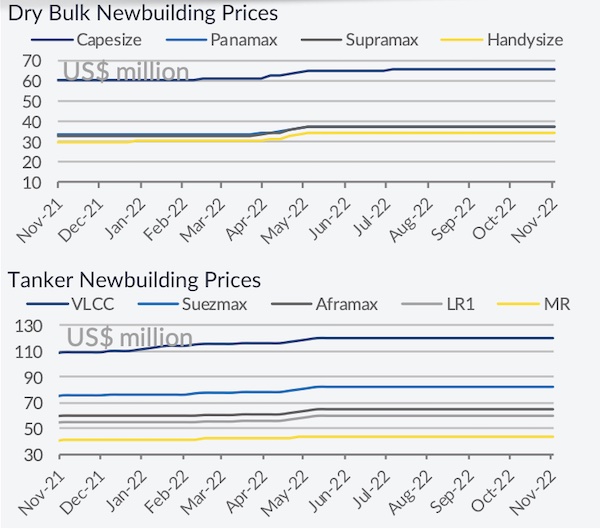 In a separate note this week, Banchero Costa added that “12 x containerships were ordered in China by OOCL and COSCO for an amount of around $2.86bln. Another significant order was placed in the LNG segment: the joint venture between NYK, MISC, K-Line and China LNG commissioned 5 x 174,000 cbm vessels for delivery 2025/2026. The price is estimated around $250mln each, the ships have already secured 10 years charter to Qatar Energy. In addition Matson Navigation commissioned to Philly Shipyard 3 x 3,600 TEU, deliveries estimated in 2027; the ships will trade cabotage under the Jones Act”.

Meanwhile, in the S&P market, Allied said that “on the dry bulk side, the momentum in the SnP market seems very prone to continuous fluctuations at this point, in terms of transactions taking place w-o-w. For the time being, the market returned to a more fervent tone, with numerous vessels changing hands, while activity is slightly skewed in favor of the Supramax size segment. Allin-all, when taking into account the persistent pressure noted in freight rates for some time now, coupled with the overall puzzling sentiment, it is hard to see how we can escape the current volatile SnP market regime that we are currently in. 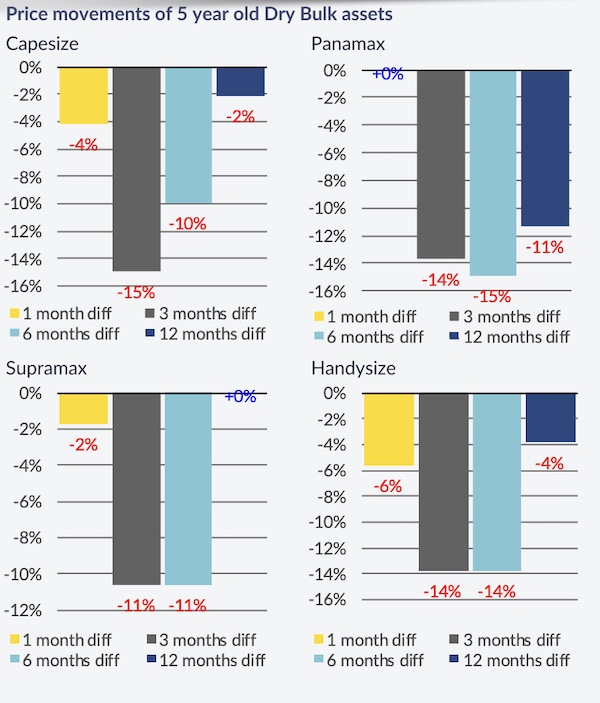 On the tanker side, things resumed on a mediocre trajectory as of the past week, given the relatively limited number of units being reported sold. As we have pointed out in the past, this sluggish pace of late can hardly be considered as indicative of the overall prevailing trend, given the ample amount of buying interest being noted and the current abundance in positive sentiment”. 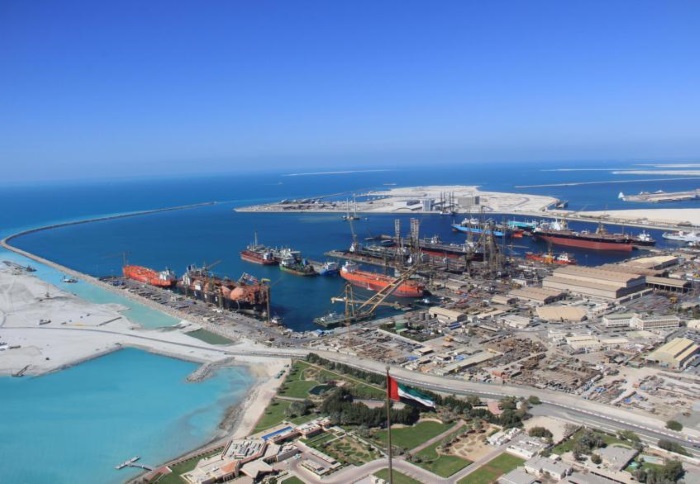