Product Tankers: Middle East and US to the EU Will be a Dominant Trade Route Moving Forward

The product tanker market is expected to benefit significantly from the sanctions imposed on Russian crude and products, like diesel and gasoline. In its latest weekly report, shipbroker Gibson said that “after a rather disappointing period for most of the summer and autumn, US CPP exports to Europe may be poised to increase. With Europe potentially facing a clean products shortage from the 5th of February, any extra volumes will be more than welcome in replacing the approximately 1 million bpd of Russian CPP still being imported into the EU and the UK. US CPP exports could be encouraged by several factors. These include the rebound in US Gulf Coast (USG) refinery runs and utilization, following the end of the maintenance season, weak domestic demand, and low product stocks in Europe, all of which should lead to supportive trading economics in the near future”.

According to Gibson, “typically, around three quarters of US CPP exports head to Latin America. On average this represents approximately 1.75 million bpd every month. In comparison, this year, Europe has usually been receiving 5-6% of US exports, mostly discharging in North West Europe (NWE). When it comes to replacing lost Russian diesel volumes, some additional barrels could find its way from the US Gulf into Europe. Higher Russian CPP exports to Latin America (previously destined for Europe) could displace US products heading to the region, which would then place Europe as a logical destination for these USG MR cargoes”. 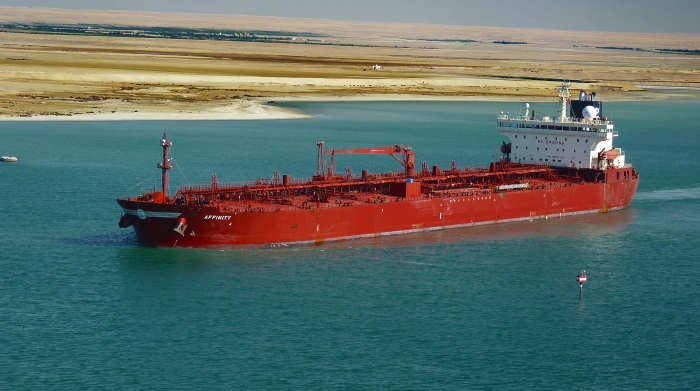 The shipbroker added that “apart from outright demand in Europe for replacement barrels, the potential for higher CPP exports from the US Gulf will depend on a number of factors. USG refinery utilization is currently over 97%, whilst the US as whole is at 96% and is expected to remain strong for the remainder of Q4 and into Q1. Compared to seasonal levels, such rates are not necessarily unusual but running at nearly full capacity means there is little additional capacity to ramp up production further”.

Gibson added that “another factor is the level of stocks. Both distillate and gasoline inventories in the US remain at a five year low for this time of the year; however, they are on an upward trend, from even lower levels seen in October and November. More interestingly, distillate stocks in the US Gulf (PADD3) are above their five-year seasonal average, potentially supporting export demand. Road fuel demand is another important indicator for domestic demand, with consumption expected to remain lackluster in the US next year. Weak domestic demand coupled with high refining runs could help to ease the overall tightness in product inventories and ultimately support additional export volumes”. 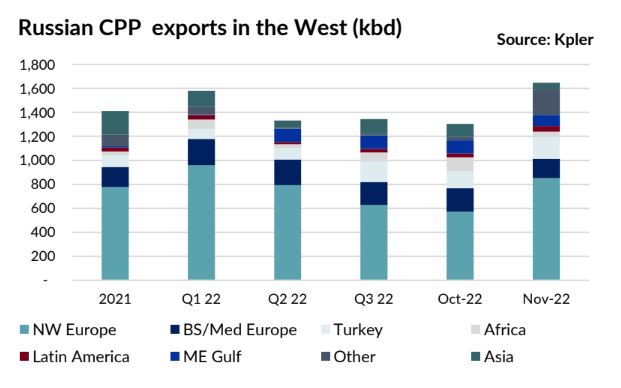 “It is also important to remember that the startup of the new 340 kbd Dos Bocas refinery in Mexico is scheduled for mid-2023. Whilst delays to new start-ups are common, once the plant is up and running, Mexico’s intake of the US clean products is likely to decline, this could free up more US Gulf export barrels for potential diversion into Europe. In terms of the overall impact on the product tanker market, the bulk of European replacement flows is expected to come from East of Suez, with the Middle East ideally placed as a key supplier due to plenty of new refining capacity coming online in 2022/23, primarily on larger LR1s and LR2s. However, the US could still represent an important component in plugging the European shortfall, increasing Atlantic MR demand, particularly if Russian CPP becomes popular in Latin America”, Gibson concluded.
Nikos Roussanoglou, Hellenic Shipping News Worldwide