Ship Values For Tankers and Bulkers Reverse Fortunes During 2022

As the freight markets shifted tides during 2022, so did ship values. In its latest weekly report, shipbroker Allied Shipbroking said that “as we close off 2022, we note how much it has been a switch over year in fortunes W-O-W change for the two main secondhand markets, namely that of Dry Bulkers and Tankers. As prospects in earnings started to reverse in both cases, so did investment appetite amongst buyers with the former dropping by 25% from the record highs of 2021 and the latter increasing by more than 45% from its lows in 2021”. 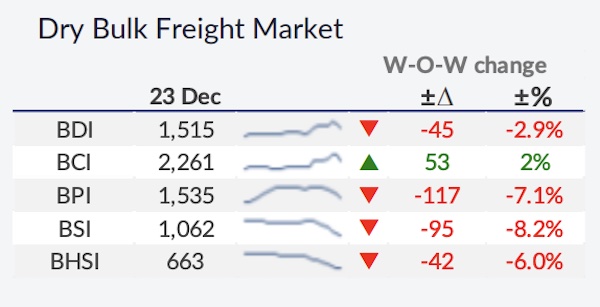 According to Mr. George Lazaridis, Head of Research & Valuations with Allied, “in the dry bulk market, the shift in sentiment had already started to take form early in the year. The first quarter showed some slight improvement, however, as the months progressed it started to become apparent that the stellar market conditions of 2021 were now far behind us. 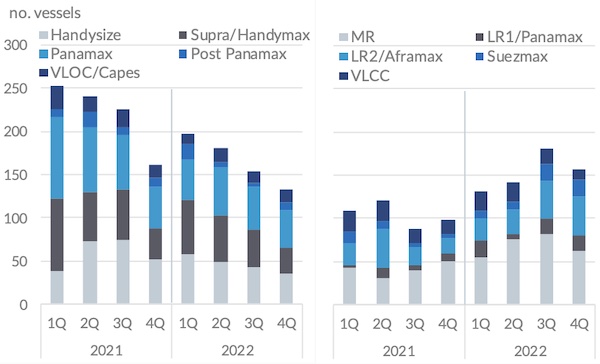 As we entered the summer months, the hit taken by China’s Zero-Covid policy as well as the recessionary path taken by the US and European economies, seemed to have been the final trigger point that led to a complete divergence from the typical seasonal path and a point in which many started to question the potential prospects that lay ahead. Activity in the secondhand market started to slow further, while at this point we also started to note a fair discount in asset prices. This trend continued past the end of 3Q22 and seemed to have been allencompassing during the final 3 months of the year”, he said. 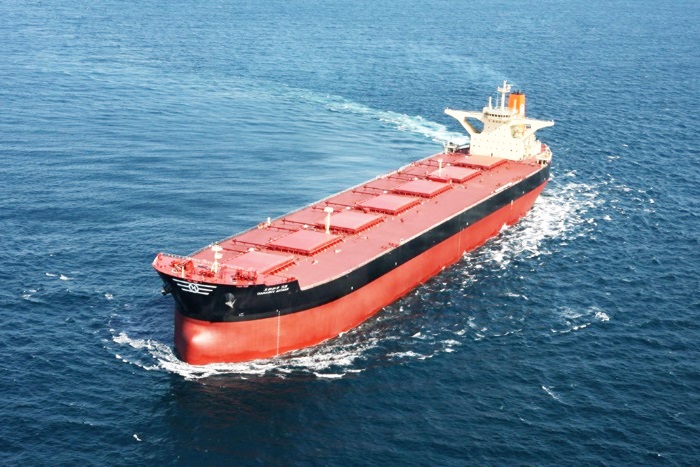 Meanwhile, “this was the exact opposite experience noted in the tanker market. The year started on a soft footing, following a series of years that had shown underperformance in terms of earnings. However, not even two months into the year and the conflict between Russia and Ukraine turned the whole market on its head. It started to become apparent that fortunes were set for a shift, though at a slow pace.

The considerable increases in tonne-miles, the slow-paced sanctions and the soaring crude oil prices, all led the market on a firm path. The improvement had already been noted during the first half of the year, but it wasn’t until after the summer period that we started to see a serious spike in freight rates, buying interest and asset prices take shape”, Mr. Lazaridis concluded.
Nikos Roussanoglou, Hellenic Shipping News Worldwide