Sanctions on Russian oil have triggered major moves in the tanker market, with Russia and its allies proceeding with mass acquisitions of older tanker tonnage, which has started to reflect in the S&P market. In its latest weekly report, shipbroker Allied Shipbroking said that “on the dry bulk side, the recent mediocre momentum resumed for yet another week, with a limited number of transactions taking place. It is true, that the prevailing bearish sentiment has not helped things move onto a more stable mode, with buying appetite appearing volatile even on a w-o-w basis. Moreover, given the current market conditions, especially from the side of earnings, it is highly unlike that we will see any excessive rally in SnP activity, except if we were to experience a further negative push on the asset price front. On the tanker side, things continued on a strong pace for yet another week, given the numerous vessels changing hands. The robust freight market regime of late, coupled with general positive outlook held in this market, have pushed buying appetite and asset price levels to recent history highs. Given that we are approaching the final few weeks of the year as well, we can expect many interested parties to gear up activity in the coming days”. 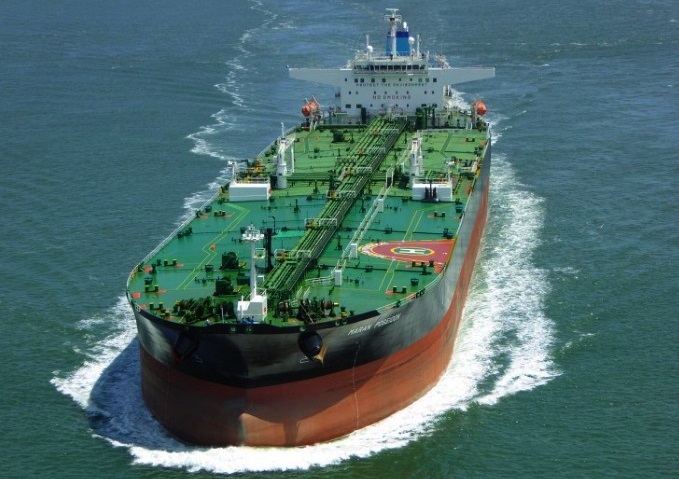 In the tanker market, the shipbroker commented that it was “another hectic week in the tanker market, with many sales reported in all different vessel sizes. Two significant sales were reported in the VLCC segment, both involving scrubber fitted vessels: C PASSION 314,000 dwt 2013 Hyundai (BWTS fitted) was reported sold to European buyers for $67mln, while SYFNOS 298,500 dwt 2006 Universal (BWTS fitted) was reported sold at $56mln to undisclosed buyers. Scrubber fitted vessels were also of interest in the Suezmax segment, with two reported sales: the Chinese FRONT BALDER 156,000 dwt 2009 Jiangsu was reported sold to Turkish buyers for $38.5mln while Japanese built MIKE R 146,000 dwt 2006 Universal (ice class 1A) was sold at $45mln. 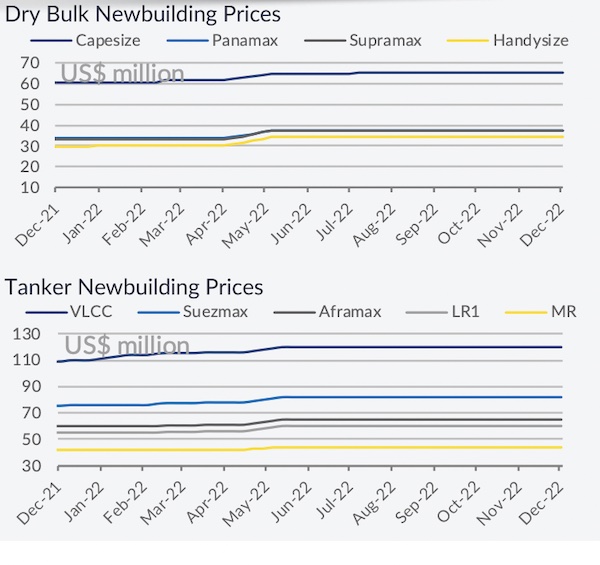 Meanwhile, Allied noted that “the newbuilding market pivoted on to a more robust track as of the past week or so, given the increasing number of projects coming to light of late. This can be seen as a mere reflection of a more fervent tanker market, with many new deals appearing of late and spanning across most size segments. Thinking about the general improved sentiment that has emerged for this market as a whole, coupled with the freight earnings rally seen for some time now, we may well anticipate many more fresh orders coming to light before the close of the year. On the other hand, in the dry bulk sector, buying appetite has not move on a similar trend, given the limited activity being noted as of late. Moreover, taking into account the current bearish mood dominating the market, it will be highly unlike that we will see any overwhelming new ordering in the near term at least”.

Banchero Costa also mentioned that “Greek based owners Capital Ship Management placed an order for 2+2 LR2 (abt 115,800 dwt) at New Times shipyard in China. Deliveries including options are all expected during 2025. In the gas segment Iino Kaiun agreed with Hyundai to build two two LPG/ethane carriers (100k cbm) to be delivered during end 2025-Jan 2026. Price reported to be $150mln each and vessel will be fixed to INEOS for 10 years TC Celsius Shipping exercised option for a 180,000 cu.m. VLGC at Samsung bringing to 11 units the total number of units ordered by the Owners at Samsung. Delivery by end of 2025, price close to $250mln”, the shipbroker concluded.
Nikos Roussanoglou, Hellenic Shipping News Worldwide