Tankers Expected to Emerge as the “Winners” of 2023

It seems that each calendar year since 2020 has each own “winner”, when it comes to the part of the shipping industry which reaps the most benefits from the course of the global economy and trade. If 2021 was the year for containers and 2022 is the one for LNG tankers, it seems that 2023 could very well be emerge as the year of the tanker. In its latest weekly report, shipbroker Intermodal said that “the tanker market has been gathering momentum over the recent months and freights are moving on an upward trajectory. Looking forward, the current market snapshot paired with the mid-term drivers, which shape the seaborne oil trade, is pivoting toward a bullish market in the coming months”. 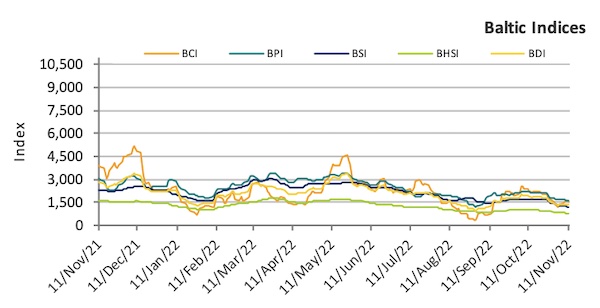 According to Ms. Chara Geourgousi, Intermodal’s Research Analyst, “amid the current fuel export quotas, granted by the Chinese government to the country’s refineries in an effort to boost its economy, the country’s crude oil imports for October have hit a 5-month high at 10.2m b/d, while they increased by 4% m-o-m. The surge is primarily attributed to the export quotas, rather than an increase in domestic oil consumption. In November and until the year-end, we should expect to see a further increase in China’s appetite for crude. The current diesel market tightness due to historically low inventories is providing refiners with extremely profitable crack margins, who are in turn prompted to dispose their fuel in international profitable markets. Accordingly, VLCC ton days have surged almost 10% m-o-m in October as supertankers are quitting the USG to Europe trade route and are ballasting towards China. The possibility of the export quotas extension through the first quarter of next year will be further supportive for eastbound VLCC rates in the coming months. On top of that, the Chinese government decided to ease some Covid restrictions last week, a move which could eventually boost oil demand for domestic consumption. In a scenario where China fully reopens, oil demand could increase by more than 500,000 b/d, thus, further stretching an already tight global oil market and spurring competition for seaborne shipments. VLCC utilization will remain elevated in the coming months in the Eastbound, supported by the country’s firm demand, while VLCC freights will retain bullish momentum in the medium term”.

Ms. Georgousi added that “on the other hand, Russia’s seaborne crude exports increased to a five-month high during the first week of November, as ships are rushing to reach important ports in the Arctic and Baltic before European Union sanctions take effect. While Russian short-haul exports are on the decline, long-haul distances are on the rise and are expected to further increase in the coming months. The country has recently hauled two crude oil cargoes past the Arctic Circle, heading east toward China, raising hopes that this route may one day provide Russia with quicker access to Asian customers. A trade establishment in the North Sea Route will further increase the ton-miles, while it will reduce vessel supply at the same time, especially the supply of ice-class vessels which are already hard to find. More particularly, the demand for ice-class vessels could more than triple following Russia’s full shift to friendly markets, namely China, India, and Turkey, boosting their earnings, as well as asset values, amid owners’ buying frenzy in order to benefit from high earnings”. 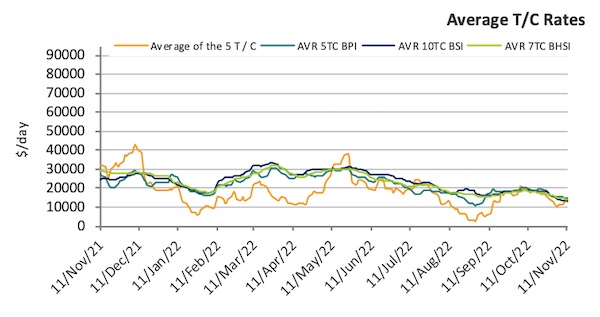 “In the product tankers sector, current supply-demand dynamics should continue to support elevated rates. More specifically, Northwest Europe’s diesel inventories are estimated to hit a 12-year low in early spring. The already precarious supply situation on the continent will worsen moving towards early February when sanctions on Russian oil products will come into full force. The above, paired with an already extremely tight US market will support product tanker demand which is poised to hit a 30-year high within the next year. The potential for increasing volumes to meet the current undersupply with new refineries in Asia (China’s Yulong and Jieyang refineries) and the Middle East (Kuwait’s Al-Zour Mega Refinery) and the possible extension of China’s export quotas through 2023 will considerably support ton miles”, Intermodal’s analyst said.

She concluded that “overall, despite the fact that global inflationary pressures and rising interest rates could weigh on oil demand, we expect tanker freights to remain underpinned in the mid-term. The current geopolitical tensions paired with the possibility of a revival of China’s economy will continue to generate high profits for tanker companies, which are now back to profitability after almost two years of losses”.
Nikos Roussanoglou, Hellenic Shipping News Worldwide